It’s 1940 and the Battle of Britain is full steam ahead as the Spitfire and Messerschmitt tussle above the Thames. Flying the Spitfire is the renowned RAF officer ‘Stapme’ Stapleton, the pilot who famously almost hit Tower Bridge as he pulled away from the skirmish depicted in this scene. ‘Stapme’ later went on to shoot the single German pilot who escaped from an Allied prisoner of war camp, which was later depicted in the classic 1957 film, ‘One That Got Away’. 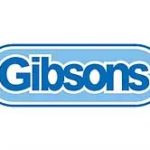